The MoMS collection is an ongoing archive of items acquired since the lockdown of March 2020 and is shaped by the algorithmic architecture of online shopping and directionless scrolling.

The strange, the pointless, the funny, the useless, the confusing, the wasteful: objects that emerge from despair, confusion, boredom and desire. Artefacts sourced from a new landscape of casual consumption and retail therapy: it is now possible to shop whilst in the home, at the bus stop or in the swimming pool. Through the guilt, shame and excitement of opening parcels that had travelled the world whilst we stayed at home, the collection was born. MoMS will now grow its collection carefully and in conversation with collaborators; seeking to map out a proposed ‘end point’ to our lives as defined by the unsustainable and unnecessary patterns that uphold the reality of the contemporary shopper. MoMS will make no further purchases but will acquire collection items through other means.

MoMS welcomes enquiries regarding the loan of objects from the collection and encourages suggested donations of  things that tell stories of the politics and design of retail and how it has shaped our urban and online landscapes; our communities and our social identities. 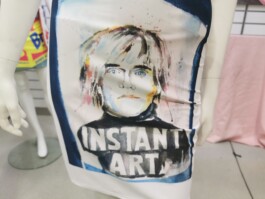 A mini skirt with a print of Andy Warhol's face. The print has a hand-painted watercolour look and the skirt was purchased from an individual artist via Redbubble.com. Exhibited as part of the exhibition Andrew Warhola. 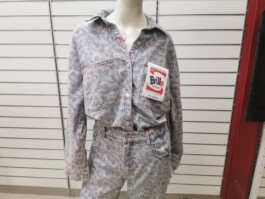 A denim overshirt and pair of jeans featuring a washed-out effect Brillo Pad print. Part of the Andy Warhol collection from high street brand Pull&Bear. Exhibited as part of the exhibition Andrew Warhola. 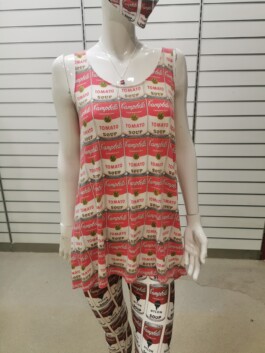 A vest with all-over prints of Andy Warhol's iconic Campbell's Tomato Soup can print. Part of the Andy Warhol collection by Uniqlo, and purchased second hand on depop. Exhibited as part of the exhibition Andrew Warhola. 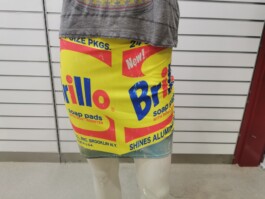 A mini skirt printed with an Andy Warhol inspired Brillo Pad design. Purchased from an individual artist via Redbubble.com. Exhibited as part of the exhibition Andrew Warhola. 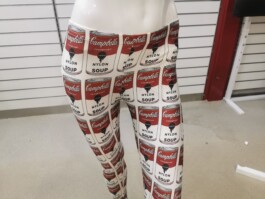 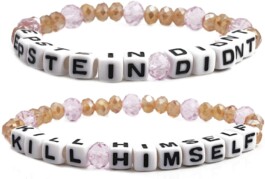 Copy of the bracelet worn by ‘Jane Doe’ – a 31-year-old unidentified woman – when testifying in court against the late financier Jeffrey Epstein in 2019, who was standing trial for sex trafficking. She accused him of sexually abusing her when she was a child, and she did not believe that he had hung himself, as was reported, whilst imprisoned. The phrase became a meme, often inserted in unexpected contexts such as a photo caption for an image of the painter Bob Ross. The phrase is used by people on all sides of the political spectrum and featured on a selection of Christmas jumpers and decorations that year. 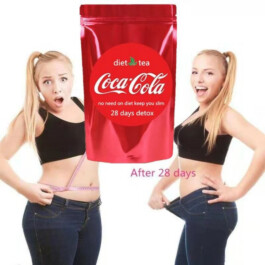 “Coca Cola” branded detox tea sold on Wish. It claims to suppress appetite, reduce bloating and constipation, and cleanse the body. It is unlikely, if not impossible, that this has anything to do with Coca Cola. 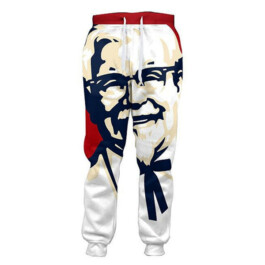 KFC sweatpants purchased via a sponsored ad in 2020. The Colonel’s face covers the crotch region and is only visible from a distance. Up-close, it appears as camouflage print. This was purchased whilst under the influence of alcohol during the first Covid-19 lockdown of Spring 2020. It was a difficult time, in many respects. 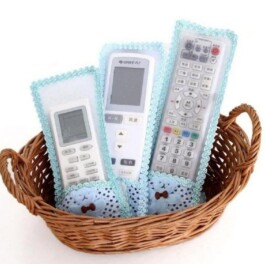 A multipack of remote control covers with a fetching design that will appeal to children and adults alike, purchased in 2020. They come in different pastel colours so you can tell your remote controls apart. It had never occurred to me to keep a remote control in a pouch like this. It remains very easy to use the remote control when the cover is on it. 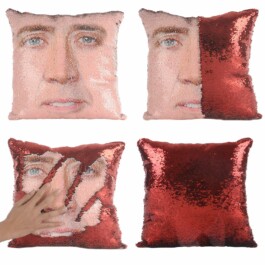 Nicholas Cage sequin cushion purchased in 2020. When brushed in one direction, the cushion appears to be red and blank, but brush the sequins the other way and the face of Nicholas Cage appears. At this time, all kinds of items featuring Nicholas Cage were circulating in sponsored ads – mugs, t-shirts, phone cases, earrings. I have absolutely no idea why. What does Nicholas make of this? In 2014, he was spotted at a Guns n’ Roses concert wearing a t-shirt with his own face on it, so presumably he owns this cushion and everything else. He is quickly becoming more famous for the merchandise, GIFs and memes he features in than for his movies. 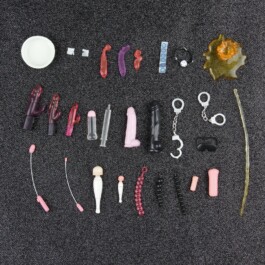 A selection pack of miniature sex toys, purchased during lockdown #1. No recollection of where these came from or why, but they are very intricate and beautiful. There is even a tiny condom packet. After a bit of googling to refresh MoMS' memory, we can see that they were in fact made for use with Anime figures. Online retailer 'Native Store' - the main seller of these - is an abbreviation of 'Naked & Creative'. The plot thickens. 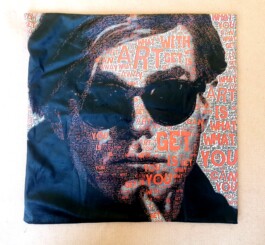 Purchased on eBay when acquiring some items for MoMS' first exhibition, 'Andrew Warhola'. The phrase felt very poignant given MoMS' unclear position as artist/curator/museum/consumer, and tendency to exhibit items purchased from online marketplaces and videos made by YouTubers, Instagrammers and those identifying as influencers. But the question of whether something is art or not is kind of irrelevant in today's world, despite what critics of the Turner Prize complain about every single year. Look around you! Being alive is content creation, whether we are in control of our production or not. I keep seeing people proclaiming that Andy Warhol was the original influencer and this cushion is proof that he was one, if not the first.

A number of sponsored videos were commissioned by MoMS from various nano influencers sourced on Fiverr.com. The videos were published to celebrate the launch of MoMS in March 2022.

A Quick History of the Argos Catalogue

A quick history of the Argos catalogue, compiled by MoMS. The Argos catalogue - lovingly labelled 'the book of dreams' - was printed for almost 50 years until production was stopped in 2021 because the internet had gone too far. The grief was immediate and real.