Islands of Predictability was a group exhibition featuring work by A.M. Darke , Helene Nymann, Sabine Gruffat and @smarthome008, alongside a number of objects selected by MoMS. The exhibition explored ideas of performance and memory as framed by the technologies we live intimately with. 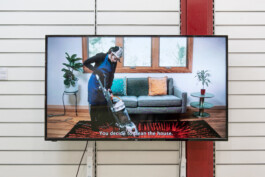 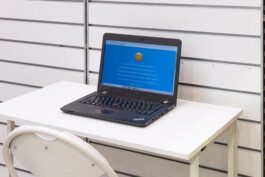 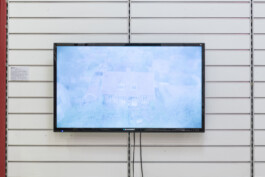 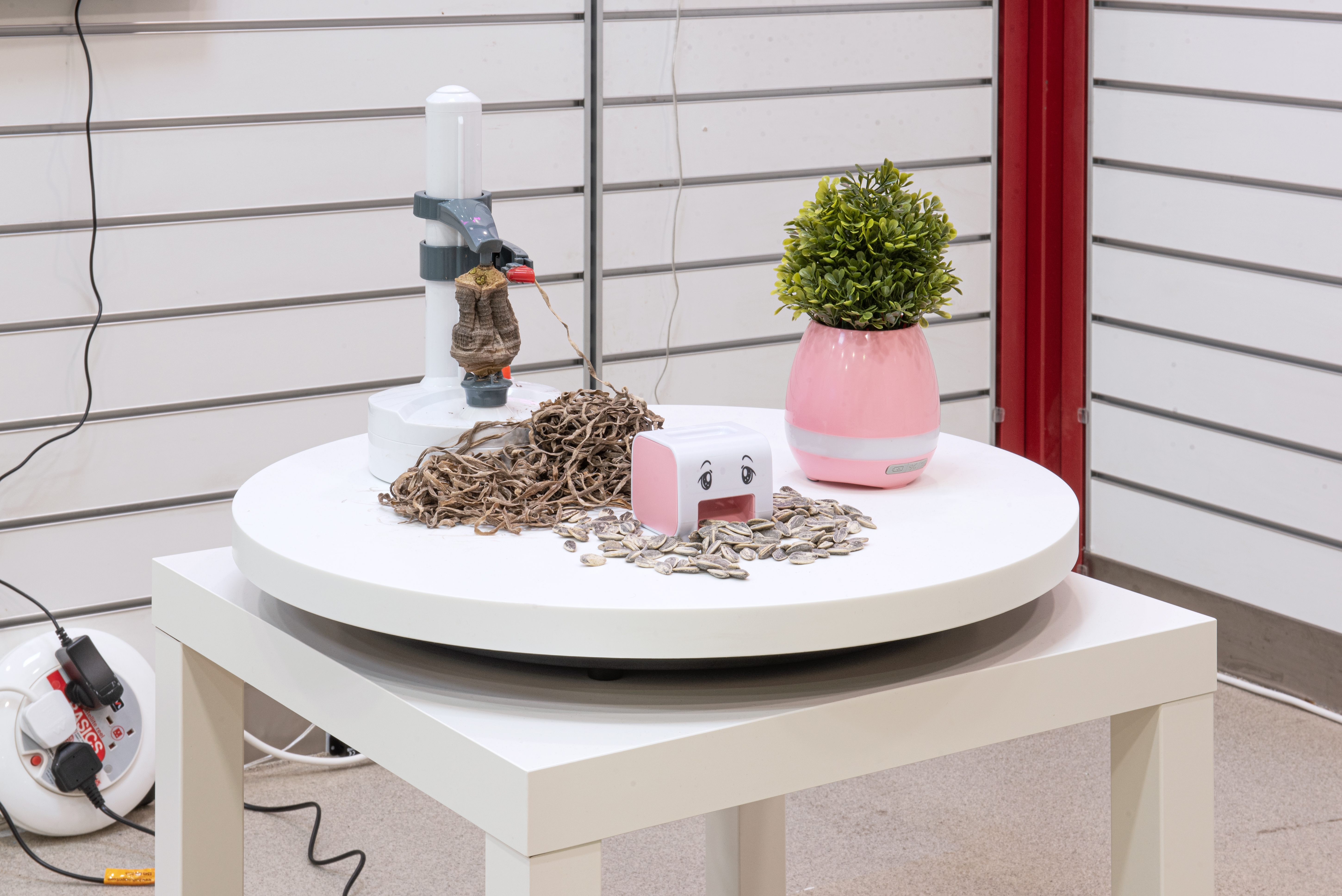 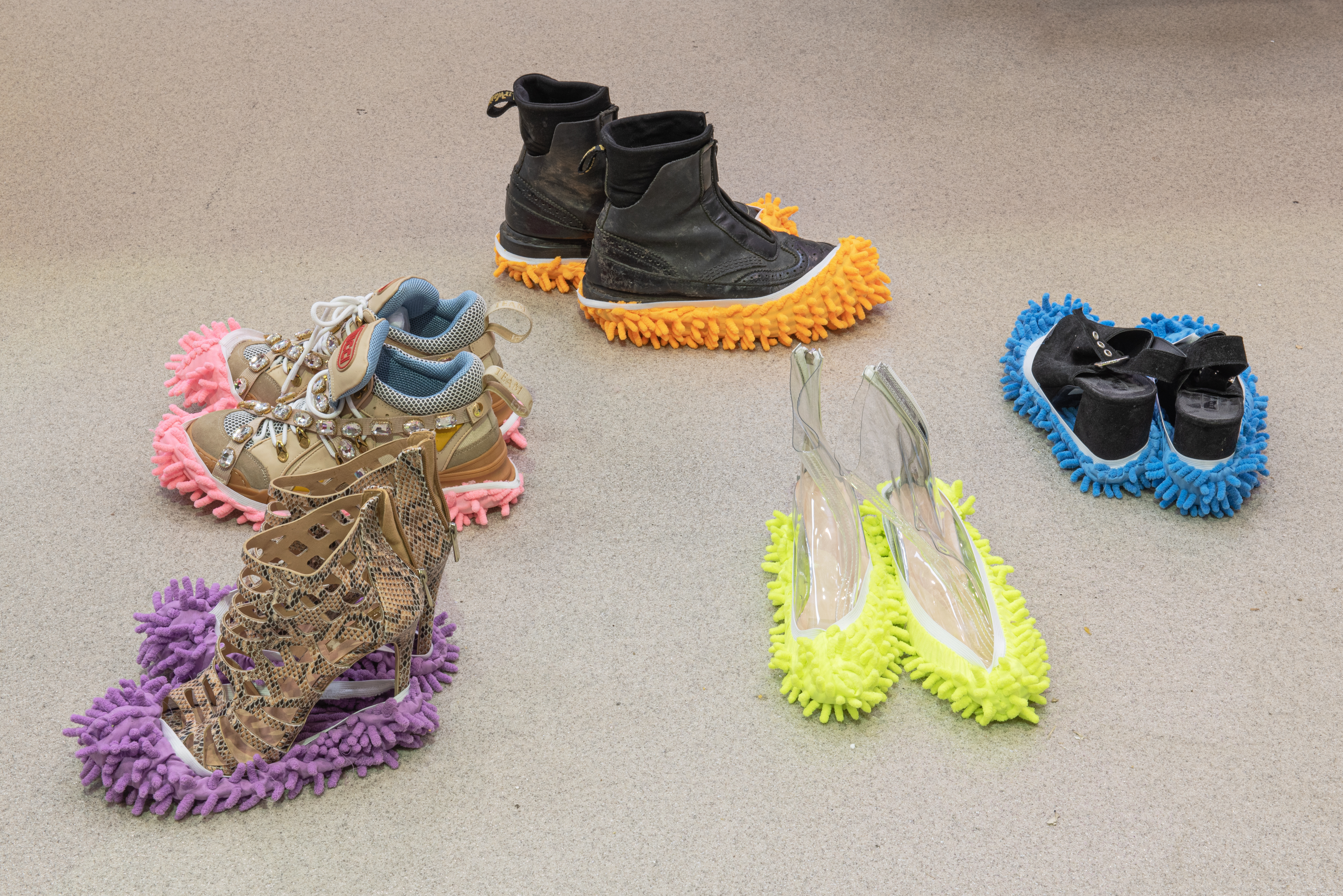 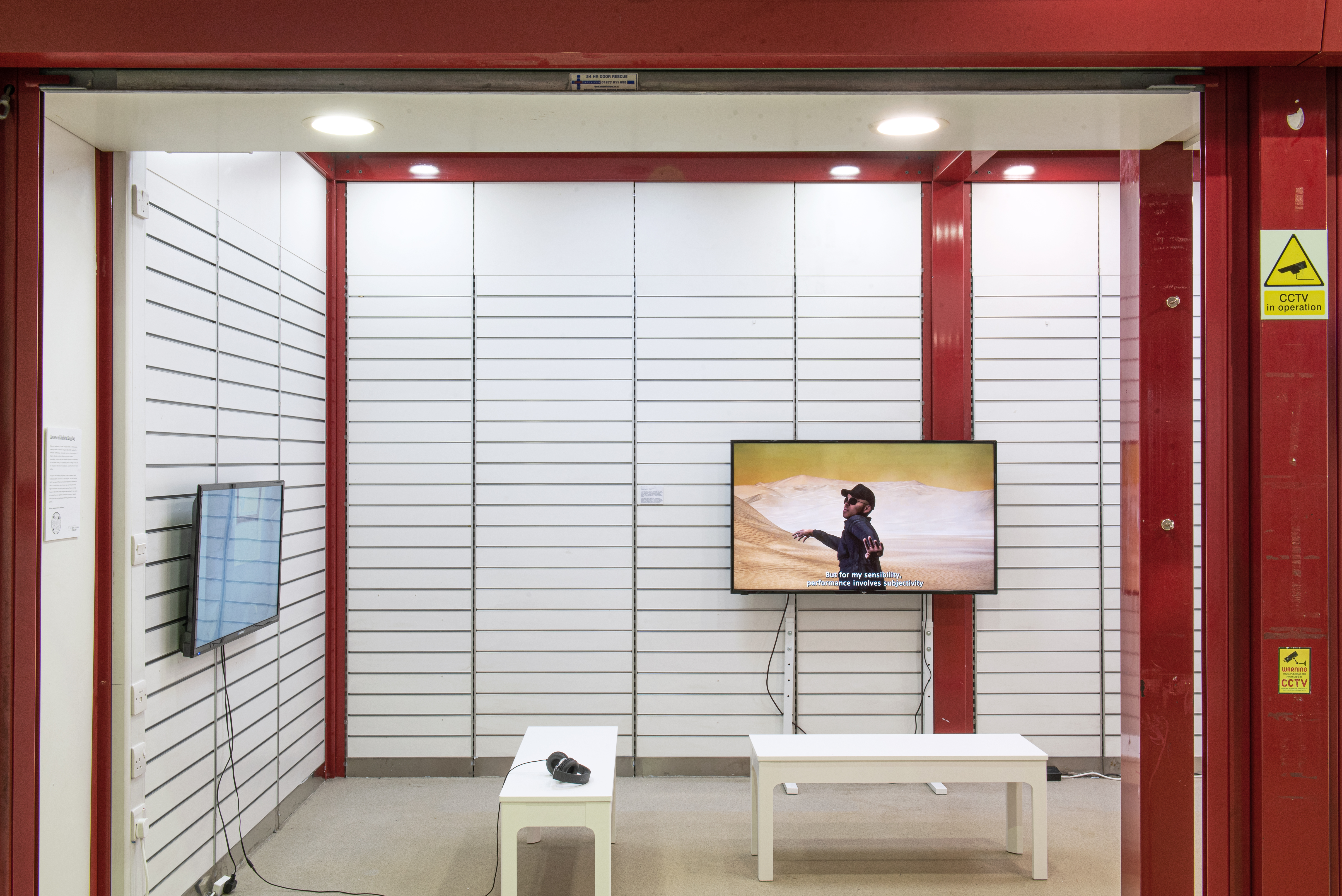 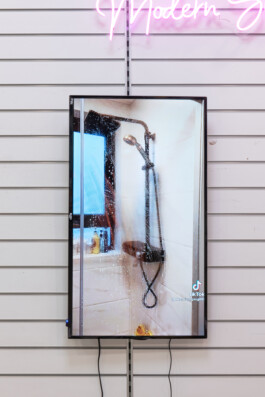 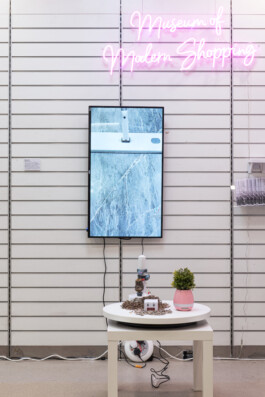 Sabine Gruffat is French-American artist who works with experimental video and animation, media-enhanced performance, participatory public art, and immersive installation. Her current work AntiBodies is an Extended Reality (XR) artwork and installation that explores gender and race (mis)representation in the context of eating disorders and self-image.

She has produced digital media works for public spaces as well as interactive installations that have been shown at the North Carolina Museum of Art (NCMA), The Southeastern Center for Contemporary Art (SECCA) Zolla Lieberman Gallery in Chicago, Art In General, Devotion Gallery, PS1 Contemporary Art Museum, and Hudson Franklin in New York.

She is also a filmmaker with a special interest in the social and political implications of technological globalization. Her experimental and essay films explore how technology, globalization, urbanism, and capitalism affect human beings and the environment. These films seek to empower people, encourage social participation, and inspire political engagement.

A.M. Darke is an artist and scholar designing radical tools for social intervention. Still in the class war. Now in the pandemic. He’s in the combination class war and pandemic. Darke is an Assistant Professor in Digital Arts and New Media, Critical Race and Ethnic Studies, and Performance, Play & Design at UC Santa Cruz, and directs The Other Lab, an interdisciplinary, intersectional feminist research space for experimental games, XR, and new media. She’s completed residencies with Laboratory, NYU Game Center, the Open Data Institute, and the Frank-Ratchye STUDIO for Creative Inquiry at Carnegie Mellon. Darke recently released ‘Ye or Nay?, a Kanye West-themed game about Black culture, fairlyintelligent.tech, a speculative algorithm critiquing “inclusivity” under technocapitalism, and is currently developing the Open Source Afro Hair Library, a 3D model database for Black hair textures and styles.

Darke holds a B.A. in Design (’13) and an M.F.A. in Media Arts (’15), both from UCLA. His work has been shown internationally at venues such as IndieCade, Ars Electronica, Game Devs of Color, Vector Fest, Grey Area Festival, Albright-Knox, and Science Gallery Detroit, as well as featured in a variety of publications, including KillScreen, NYLON, Essence, VICE News, The New York Times, and NPR.

The artistic practice of Danish artist Helene Nymann (1982, Copenhagen, DK) addresses the notion of embodied knowledge and the ways in which associative images stimulate memory. Applying mnemonic devices and memory-systems for image-making, Nymann constructs performative environments in which the moving image, sound and sculpture make way for transformative arrays of consciousness, deepening the understanding of the fundamental aspects, by which we process information, store knowledge and create memories of other possible futures.

Nymann is currently an artistic research fellow at the Interacting Minds Centre, Department of Anthropology, University of Aarhus, Denmark. Her project “Memories of Sustainable Futures: Remembering in the Digital Age”. In 2018 Helene Nymann is the recipient of the Novo Nordisk Mads Øvlisen grant for artistic research with special mention as well as a fellowship for The International Studio & Curatorial Program (ISCP) in NYC. Nymann received her MFA from Malmø Art Academy and BFA from Goldsmiths University. In 2023 Nymann will be part of the prestigious art price Bikubens Vision-prize engaged in art and science, resulting in a larger public artwork in the public space of Copenhagen.

@smarthome008 is a TikToker, or maybe shop, or possibly both. Their videos depict a frantic domestic existence where people do five hours of housework before going to work, and every small task is facilitated by a ‘smart’ object that does that little bit 'extra' towards performing the task it was designed for. The individuals and families in the videos enact repetitive performances of cleaning, preparing, maintaining, dressing, cooking, and so on; with rare moments of relaxing on the floor amongst a sea of discarded seed shells and orange peel. Little is known about @alienshopping888.